I went out the door last week in the midst of that polar vortex and told myself I was so glad I didn’t have any dairy animals. The cold was bitter. Dru had three days of school off. We hunkered down and enjoyed the comforts and diversions available to us. 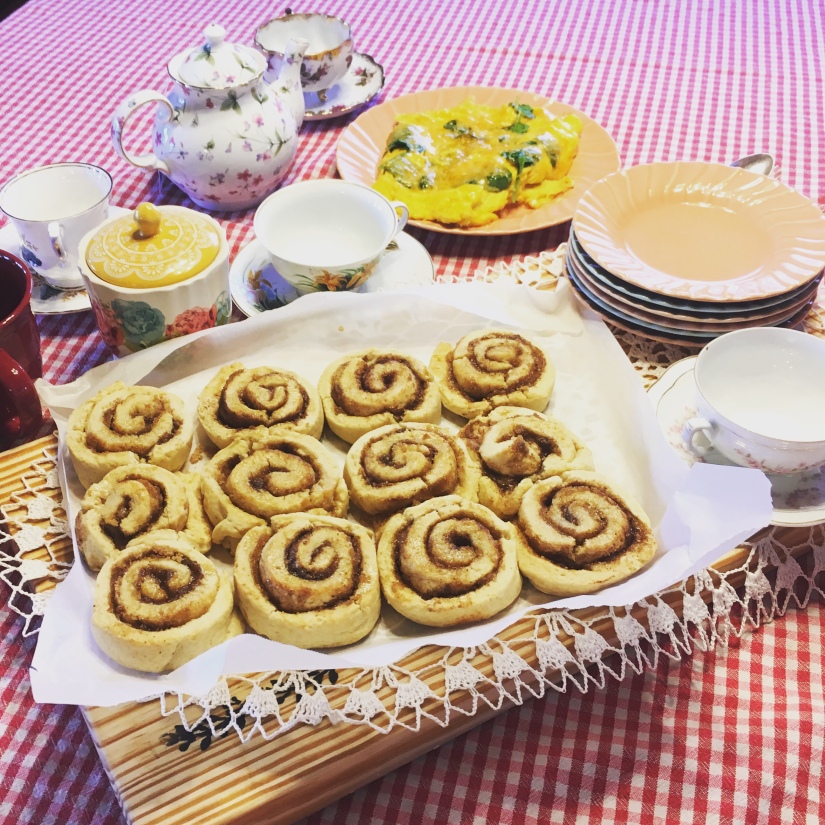 Once I was sure Goldie was okay she went back to the coop. Then I went out one morning to discover two very frosty little Silkies. Later I realized I needed to open the coop up better for more ventilation in spite of the cold. Here they’re all dry again and headed home. 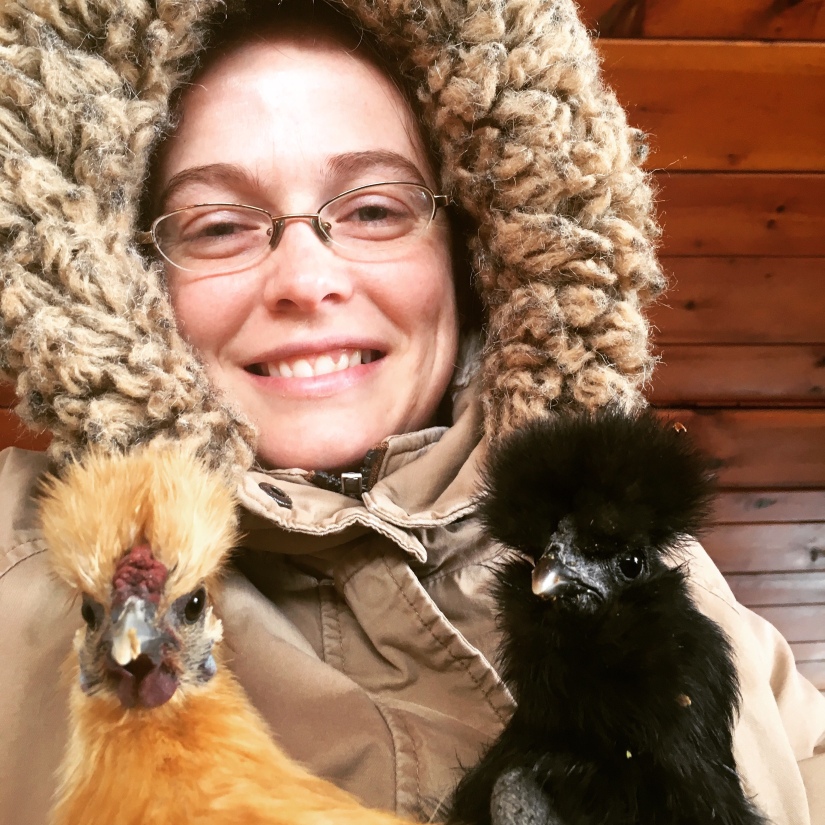 Then there was the day that someone laid a double yolker–the cold didn’t stop this girl.

The dog came in even before the polar vortex hit. But I was glad to see him go back out. I cleaned up a total of three puddles–which was three too many. He didn’t even mind going back to his cats in the dog house. Here Rennie was “reading” to him because he was feeling a little under the weather, so to speak.

Then, once the cold had almost blown over, this happened. We spent Friday watching eggs hatch. Charlotte brought her children over to watch too. And we were so busy watching and watching kids watch that I didn’t even get a picture of the whole brood gathered around that one little incubator.

I pulled these earlier that is advised when I panicked about one of the eggs not hatching well. The membrane was drying out.

But then, either because of or in spite of my assistance, she hatched anyway. I learned so much that day as I watched her hatch. I ended up pulling her from the incubator, removing the dried out membrane, and setting her, almost wrapping her, in a very damp wash cloth. She hatched, eventually on her own. She was exhausted–it took her nearly twenty four hours to be able to walk well. But she’s zooming around like nobody’s business now. 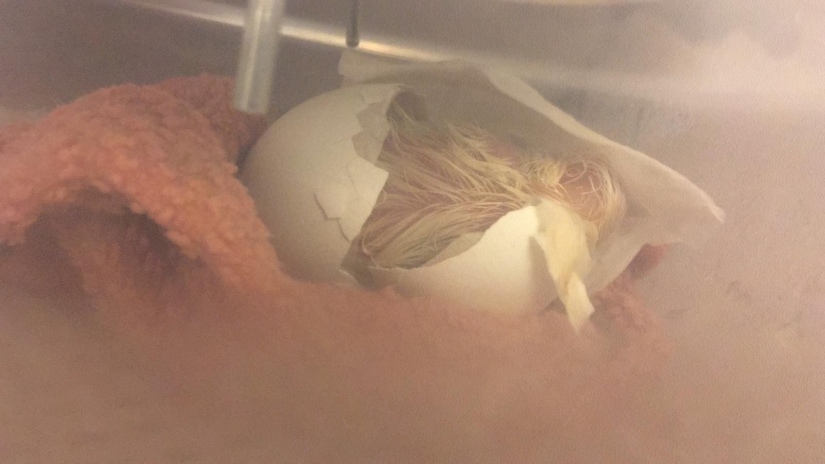 By Saturday night all nine of the chicks were hatched, the cold was leaving, and I could finally sleep.

So it was a stressful, fun, full week.

Did you know that an egg looses weight during incubation? This chick has about 20 grams to gain before she’s back up to the weight her egg was when laid.

The we listened to most of the State of the Union address “from the snow woods of Wisconsin.” It was educational for Jube. I was impressed with how President Trump said that babies have the image of God, or or something like that, not sure exactly how he stated it. I was unimpressed with how the media jumped in as soon as the speech was over, to let everyone know what they should think about the speech. I prefer to do my own thinking. 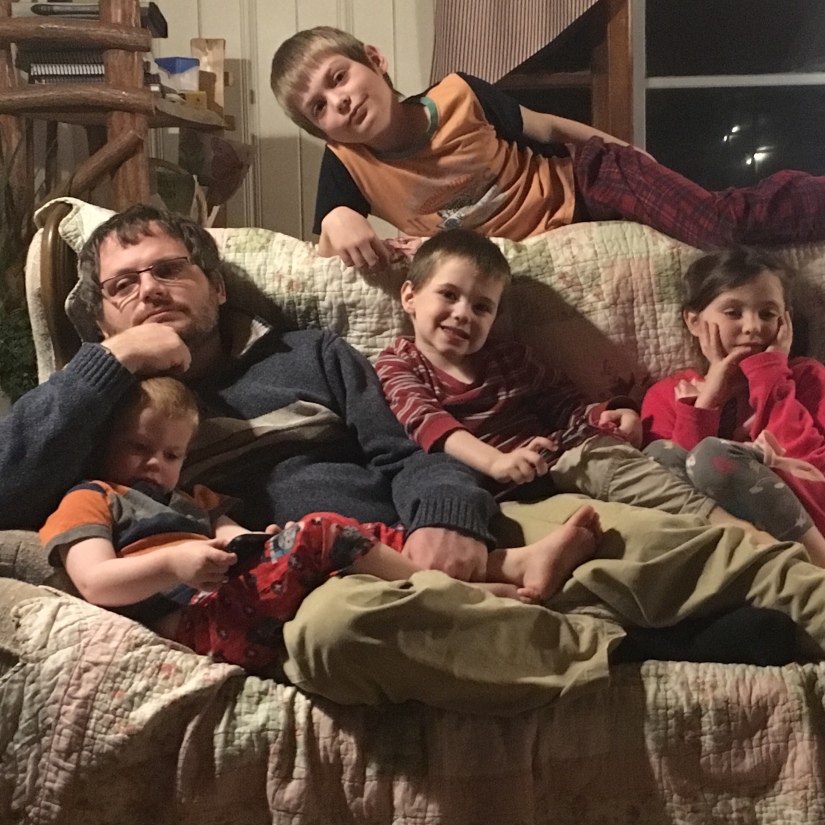 The Wisconsin woods are even snowier tonight. I’m thankful for a snug house.

After the excitement last week, this week feels like a bit of drudgery. I’m realizing I need to be more diligent with the homeschooling thing. It doesn’t come easy for me. Both children need more flash cards. Rennie is taking an interest in numbers and letters. Yet, homeschooling and housework become a disorganized jumble and I realize I’m doing little more than chasing my tail.

BUT, I have been doing better at getting out of bed. It is easy enough to get bogged down and guilty about what I’m not accomplishing well. But I think finally, at 32 years of age, I finally know how to get out of bed. It’s the small stuff.

So, in the interest of learning how to GO to bed, I sign off. Have a happy week end.