Saturday a week ago was a full day. I paused for coffee once. But spent most of my day on my feet. I did nearly everything on my list.

My man brought home some candles and ornamental gourds, much to the astonishment of Jube, who had never seen the lumpy, bumpy, colorful things before. So I decorated a bit. 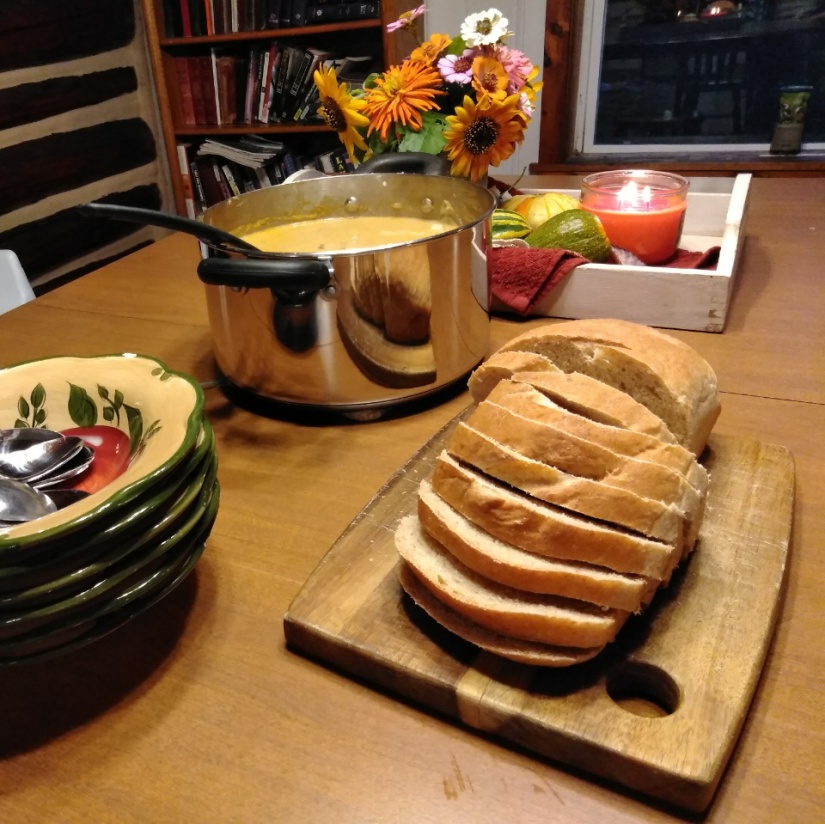 Dru also made supper and lunch for after church. There were some among our people who thought they liked this seafood curry.

I was beat that evening, but pushed through until the laundry was done. Monday rolled around and I was glad I had. Dru took us all North where his parents live and where my parents own a cabin just across the way. The plan was that I would have a vehicle and could come home Wednesday or Thursday. It ended up that Dru took the van back home and didn’t come up again until Friday evening. We drove home Saturday.

My mom has always enjoyed using an old fashioned wringer washer. You do have to stand and watch it and help it through the wringer, but it’s all on the line in an hour. Then you’re done until folding time. There isn’t the constant changing of loads to remember throughout the day. She has a point. This is also the best way for them to do laundry up there off grid.

My children, however, had no idea what that contraption was. Jube came in saying that Grandpa had something out there that looked like a robot and he said it was a washing machine. Jube wasn’t sure if he should buy it. We educated the lot of them.

Dru did chores and sent pictures to prove it to me. He found a pullet egg and sent a picture. I thought it was a blue egg, but seeing it here now its more greenish. It’s so fun to have color in the eggs.

My mother in law has an awesome pantry. Her and her still at home children went through and organized and cleaned it recently. When I get big I want to have a pantry like this. Seriously, just look! 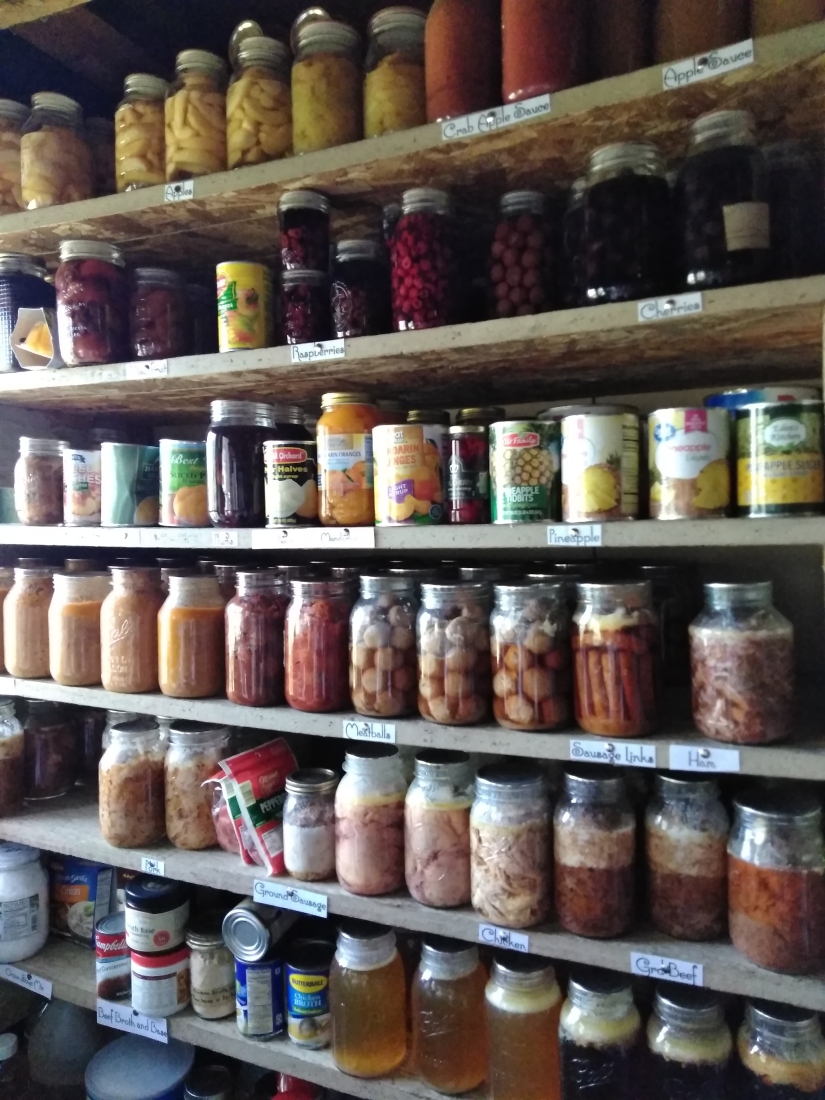 She even has scales set up on a little table under the window.

I always. Admire her baskets in the kitchen too.

I snapped these pictures and was headed out to take pictures of the game in progress in the living room when my folks came tramping in from across the way and took me on a hike up Buck Mountain. Somebody else got these though. 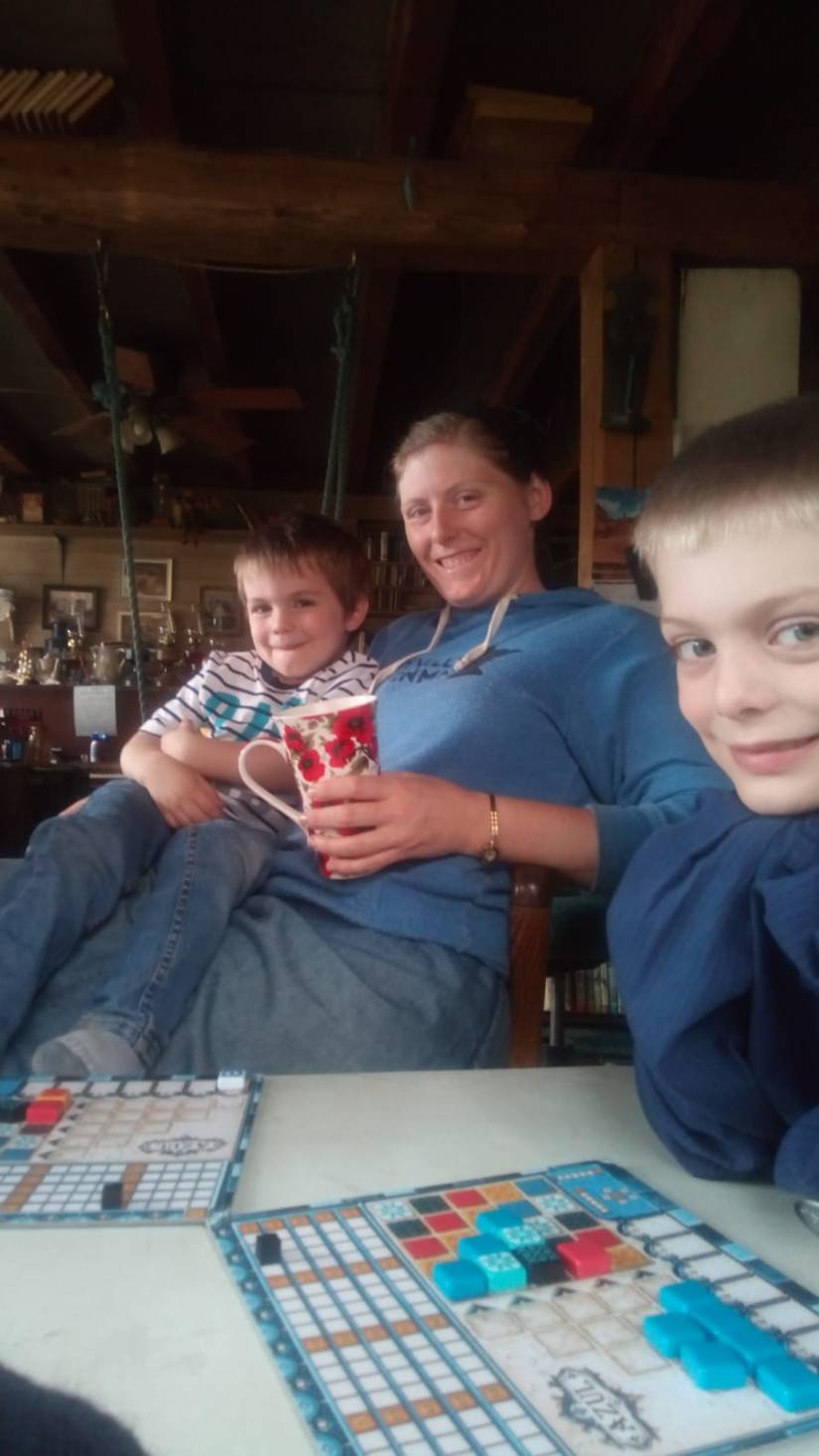 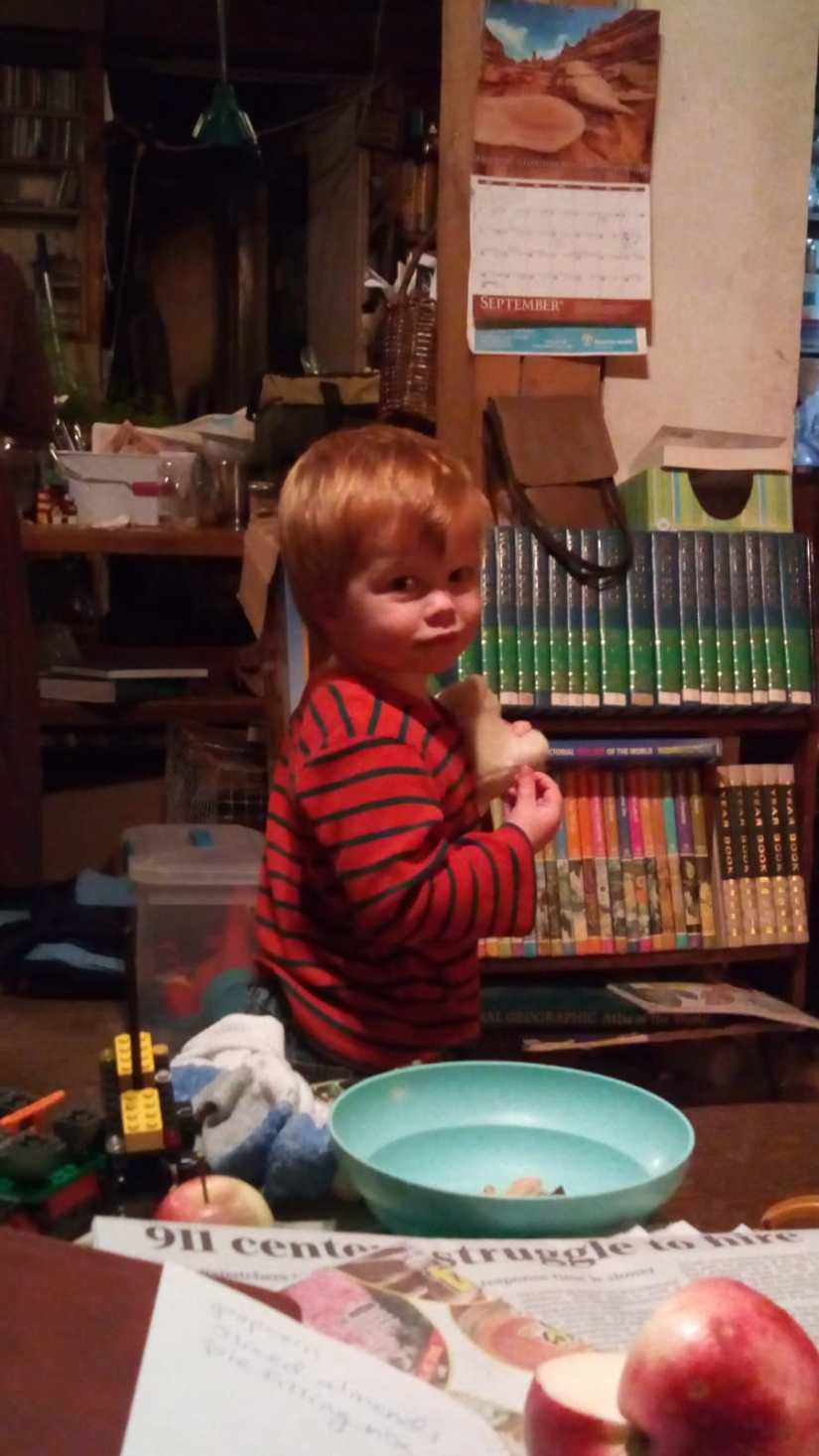 I don’t often get to see my dad on vacation, but it’s fun when he is. Here he is on top of Buck Mountain, consulting his GPS before we head on. 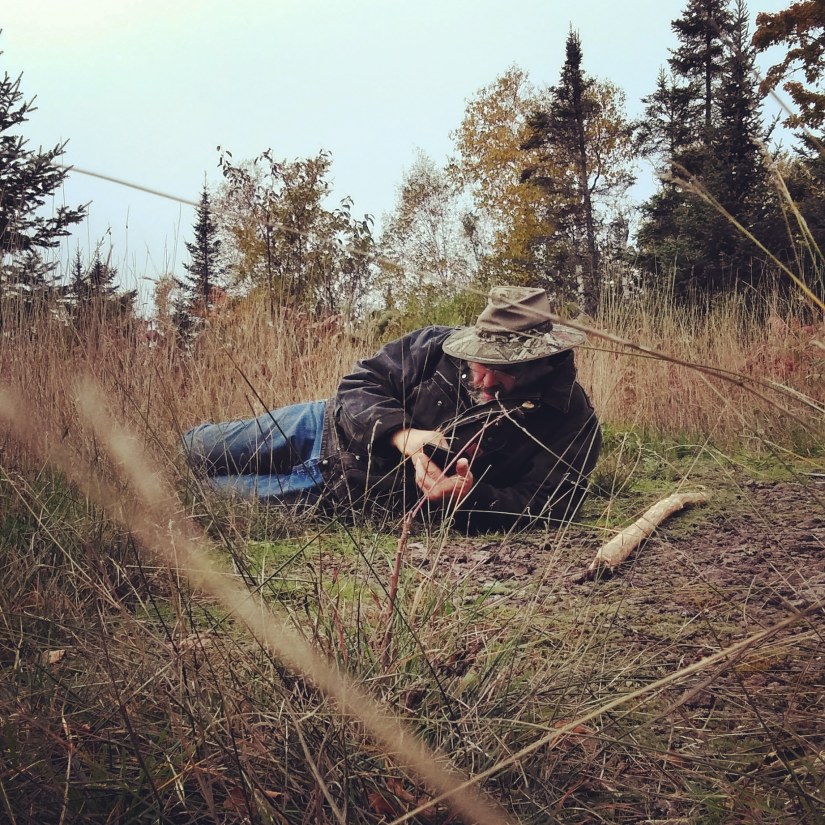 While we were on top the mountain I received a call from the neighbors that my dog was at their house. So we wrapped things up pretty quick and headed home. On the way home this picture came in:

He came in on Dru’s heals last thing before Dru closed the house up to come get me. Alas, he was shut in tight unbeknownst to Dru. Clark and Charlotte discovered him when they came over to fetch something.

And then there were the chickens…

Jenny wondered if we were coming down for Thanksgiving right about the time we were getting into Duluth. I sent her this message:

Well. Today I’m headed home after being gone all week. Leeanne forgot to put chickens away last night, which wasn’t really a problem. But the neighbor man called and said my dog was at his house. Then I find that my cat was in the house overnight. I’m not inclined to go anywhere again for a long time. Thank you. Home sounds amazing.

All the chickens were accounted for when I got home. LeeAnne had picked up my dog from the neighbors and locked him in the garage. She deserves cinnamon rolls after all. We found where the cat had designated as his litter box. Damages could have been worse. That is all you need to know about that.

All’s well that ends well. It’s good to be home.